Know the details of BanEcuador’s loan for productive projects, the loan is available to all Ecuadorians who require financing to start or improve their business in the productive, commercial and service sectors.
The loan has a maximum amount of $150 thousand dollars and is granted upon compliance with the requirements and with an interest rate of 11.25%. This interest rate is preferential for the productive sector of the program for entrepreneurs and youth impulse.
The loan must be requested at the bank (at branches or through virtual channels) presenting all the requirements and documents. More detailed information about the application in the following link: https://www.banecuador.fin.ec/
Banco BanEcuador is in charge of analyzing the applicant’s payment capacity, the project in which the credit will be used, the credit bureau situation, and a visit to the business to verify its status. Once the applicant meets all the requirements the loan disbursement will be made. With all the processing and institutional requirements the entity will visit you in your business.

Buying a house or apartment is one of the most important emotional and financial decisions you will ever make in your life, and yet, with just a few minutes of viewing you must decide whether to…
Here are some tips to help you prepare and stage a house or apartment for sale. Every seller wants to sell their property quickly and get the best price possible. That’s right, isn’t it? But…
Since then, the commercial and industrial sectors have had greater access to credit operations. The same was not true for the agricultural sector, whose actors were in difficult situations due to lack of resources and lack of support for their initiatives and efforts.
The autonomy of the Banco Nacional de Fomento is fully guaranteed by the current political Constitution, and the Institution, in all its operations, is only subject to the control of the Superintendency of Banks.
Until 1999 it presented a series of difficulties whose problems prevented it from efficiently assuming its role as a Development Bank, which was mainly reflected by the stagnation of credit activity, low levels of recovery and liquidity problems. This led the Administration to develop a series of actions to revitalize its financial-credit structure and resume its role as an important financial intermediary. In this sense, the strategies framed within the Strategic and Institutional Reactivation Plan have continued to be developed.

The institutional action is framed within the alignments of the National Government’s programs, aimed at stabilization and economic dynamization, becoming a decisive agent for the achievement of the reforms undertaken.
It has a wide network of branches nationwide. CFN B.P. operates in Guayaquil (head office), Quito (main office), Riobamba, Cuenca, Loja, Latacunga, Ambato, Ibarra, Esmeraldas, Manta, Machala and Salinas.
In May 1953, the Fund of the Issuing Institute became independent and its functions were broadened, empowering it to negotiate mortgage bonds issued by the Banco Nacional de Fomento and by private banks for agricultural and industrial development purposes.
On August 11, 1964, Decree 1726 was issued, creating the Securities Commission – National Financial Corporation, which would operate on the structure and experience of the National Securities Commission. The decree was published in the REGISTRO OFICIAL 316, on August 21, 1964. http://www.cfn.fin.ec/wp-content/uploads/downloads/2016/02/DECRETO-SUPREMO-1726-RO.1726-de-21-AGO-1964.pdf

The BANCO NACIONAL DE FOMENTO was created by Decree-Law 281 of March 14, 1961, replacing the Banco del Paraguay. It began operations on November 20, 1961. The charter was amended by Law No. 5800 of May 30, 2017.
The Bank will aim to promote the economic and social development of the country, providing banking and financial services within the modalities provided for in the General Law of Banks, Financial and other Credit Entities, in order to promote the social development of the most vulnerable sectors and prioritizing projects to promote agriculture, livestock, forestry and trade of materials and products originating in the country.
As part of the banking reform, in addition to the creation of Banco del Paraguay, Decree-Law No. 1292 of November 11, 1943 was enacted, creating the Clearing House that began to govern the operations between Banco del Paraguay and the other banks. The General Banking Law was also enacted by Decree-Law N° 5286 of September 27, 1944. 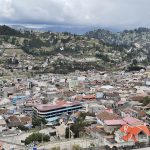 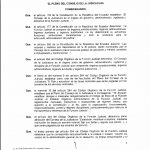